If you walked by Terese Meyer’s house, you’d never guess that her backyard is home to over 200 tortoises. “I used to not tell anyone how many I had,” she says. “[But] what I found is they didn’t get the scale of the need or demand for tortoise rescue.” Meyer is the force behind Northwest Tortoise, a one-woman operation dedicated to tortoise rescue and education in Kennewick. “The need never ends,” she says. “There are not enough resources in the Northwest for unwanted, injured pet tortoises.”

“People buy them from the pet store, they get sick, [and] they have no idea why,” Meyer says. She explains that pet stores’ care instructions for tortoises are so inadequate that they have all sorts of medical problems by the time they are surrendered to her. There’s Gloria the Sulcata, whose poorly-developed skeleton and organs are side effects of metabolic bone disease. Also in the rescue’s care is Mr. 3-Legs, an aptly-named Russian tortoise whose swollen limb went a year without treatment.

And there’s Minty, an amiable Gopher tortoise with a fractured spine. Meyer gestures to her. “Right now, she’s got Styrofoam taped to her bottom shell because she does not have the physical strength to lift herself up anymore.” The foam allows blood to circulate through her legs and continue the healing process. Other tortoises have respiratory infections, mutilated shells, overgrown beaks, and bodies deformed from malnourishment and improper care.

Meyer’s nonprofit is the only one of its kind in the Pacific Northwest, and she freely admits that the role was thrust upon her. She just wanted to breed and raise tortoises as a hobby, and attend reptile shows with other like-minded enthusiasts. But she quickly soured to the culture she encountered there. “Everyone was so focused on money,” she says. “They [the breeders] would tell people anything they want to hear to make a sale. It was like people selling a car.”

Meyer’s own emphasis on care and research made her an outlier. “What started happening,” she recounts, “is giant retailers would come to these shows, and someone would buy an inch-long, right-out-of-the-egg hatchling tortoise, and they’d send them over to me for care advice… next thing you know, there’d be a box next to my feet with a tortoise in it.”

These experiences were frustrating to Meyer. “It became very apparent at this time the need for rescue was not being met, and I didn’t ‘fit into’ the mold to be a breeder and seller,” she says. She officially started Northwest Tortoise in 2014 and has been providing sanctuary to rescued tortoises ever since. Although she rescues any species in need, her backyard’s population generally reflects the most popular breeds with pet owners. Russian tortoises are the most numerous, followed by box turtles, Gopher tortoises, Redfoots, and a few Sulcatas.

According to Meyer, three parties are responsible for tortoises’ mistreatment: pet stores, pet owners, and breeders. “All the Russians that you see in the pet stores — they’re the hot pet-store tortoise right now — they’re all wild-caught,” she explains. While this isn’t illegal, it’s not good for tortoise populations. This is where owners can make a difference.

“If the consumer changes, then they [pet stores] won’t import wild-caught tortoises anymore.” She reserves particular disdain for the large for-profit breeders. “It’s the breeders that are mass-producing and selling online,” she says. “The ‘buy now’ button is the distinction between a person that has an online presence but requires a conversation about care prior to buying, and the person making money.”

Meyer advises potential tortoise owners to stay far away from pet stores, whose poor care instructions dramatically shorten tortoise’s lives. Rescues and hobbyist breeders are better resources and are likewise more selective of potential adopters. Whether one chooses a rescue tortoise or a captive-bred hatchling, the human relationship is key.

“An ethical breeder will always be there for support, always,” Meyer emphasizes. This support includes detailed photos and information on the specific tortoise of interest. “That ethical breeder should be able to show you both parents of the hatchling, the history of the parents, and be there for every single question afterward,” she says.

It takes 12-18 months to rehabilitate a tortoise, and Meyer spends at least 30 hours a week tending to their care on top of her regular full-time job. Donations help with food, veterinary care, rehabilitation, and shelter. While about 40 percent of the tortoises eventually get adopted, the majority are like Minty, Gloria, and Mr. 3-Legs — “lifers” who reside at the rescue permanently. “The lifers are treated like kings and queens for the time they have left,” Meyer says proudly. “The goal is and always will be to get the word about correct care out and place turtles/tortoises into qualified homes.” 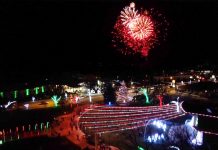 2022 Guide to Christmas Light Shows in the Tri-Cities 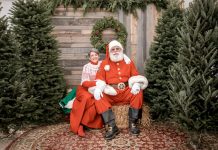 2022 Guide to Christmas Trees in the Tri-Cities 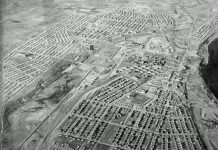 A Steady Growth: The Formative Years in Richland’s History 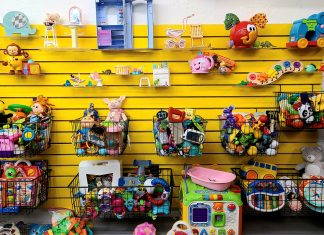 Kiddos can turn pretty much anything into a toy thanks to their active imaginations, be it rocks or sticks, pillows and blankets, kitchen utensils,...