ClarkCountyTalk.com is currently seeking team members who live, work, and play in Clark County.  We are looking for smart, motivated individuals who love to share positive stories about the communities within Clark County.  To apply to be a freelance writer, send your resume along with a 200-word writing sample about why you love your community to submit@clarkcountytalk.com.

Born and raised in western Washington, Amy Rowley earned her bachelors degree from the University of Washington before heading east to earn a Masters in Business Administration.  After a career in human resources, she has found a niche in operations of small businesses and a sincere love of non-profit management.  She has written numerous articles, newsletters and fundraising brochures and translates these content development skills to LewisTalk and NorthAmericaTalk.  Beyond volunteering as a board member for three local, non-profit organizations, you will find Amy shuttling her two young daughters, sewing a quick project, or paddle boarding.

Dan has been running his own businesses in the technology realm for the last 13 years. He currently has around 50 team members working between his six organizations.  After receiving his Bachelor of Science in Engineering degree from Western Washington University and Master of Science degree from City University, he focused on building products that create long-term impacts in the marketplace.  When not working long hours as an entrepreneur, Dan enjoys skiing, wind surfing, and spending time with his wife and twins in Olympia.

Martin married his high school sweetheart and is the father to two daughters.  Martin credits his experience in the grocery business for developing his people skills.  A realtor since 1997, Martin now enjoys being part of a fantastic team creating a positive new business.

Stephen is passionate about using technology to help businesses succeed.  He has 12+ years experience architecting and managing large, enterprise systems, and has held a variety of senior technology leadership positions. He enjoys spending time cooking, drinking well made wines, and traversing the mountains and valleys of North America.  Stephen is happily married to a beautiful girl named Paige and together they have four amazing children. He holds a BS in Computer Science from Western Washington University. Stephen has cried three times in his life: at the birth of his first child, when Spain won the World Cup in 2010, and during the final scene of Rudy.

Michelle Bader is a wife and a mother of three kids. She has lived in Vancouver most of her life and has a passion for the people and the places in the area. She is a published author as well as a writing teacher in Vancouver and the surrounding areas. She enjoys running, hiking with her family and spending time in nature.

I have lived in the Northwest all my life. My love for sports first blossomed in the summer of 1984, sitting in front of the TV and watching every minute of coverage from the Los Angeles Olympics. Writing about sports is just another outlet for that love. I am married, have a daughter at Southern Oregon University and a son in high school.

Suzan has been a Business Writer, a Ski Writer, a Health Writer, a Greeting Card Writer, a playwright and won SPJA awards.  She writes and edits books, writes content for websites, and consults with companies on their Public Relations and Marketing.  She has lots of uncredited work including two screen plays and a Master’s thesis.  She has a Bachelor’s (with her name on it) in Communications, and also Psychology (sensation and perception) from the University of California. Suzan also works in education and research.

Holly Miller was born and raised in Vancouver and serves as a freelance writer and advertising copywriter. When not working or writing she likes to spend time with her family, watch movies, and absorb every artistic event possible.

Elizabeth Rose is a freelance travel and human-interest writer with over 15 years of experience. She has lived in Brush Prairie and is now enjoying neighborhood life in east Vancouver. When not writing, Elizabeth loves light hiking, photographing the natural beauty of our area and finding foodie delights in local restaurants and farmers markets.

She has a bi-lingual, bi-cultural Masters in Social Work Degree (Spanish) and her writing often reflects a passion for diverse cultures and human services. She volunteered with the Adopt a Native Elder Program visiting traditional Navajo elders on the reservations in Arizona for over five years. Elizabeth’s articles have appeared in Northwest Travel and Life, WanderWithWonder.com, RealFoodTraveler.com and in Sunset Magazine Digital. When not out exploring, she can be found at Clark County dog parks with Cinnamon and Francesca, the Blogging Coonhounds.

Douglas Scott is nationally recognized outdoors writer, with works appearing in publications all over the country. Born and raised in the Pacific Northwest, his passion for the wilderness of the region spills into everything he does. He is a trail runner, avid hiker and guidebook author, focusing on the Public Lands of America’s West. Douglas strives to share his experiences with like-minded modern adventurers hoping to get to know their own backyards a little better. If there is a question about nature, chances are that Doug will know the answer and a few other quirky and important facts about the region.

Alia Stearns is a freelance writer in Vancouver. She became a paid writer at 16, when she was hired to write for The Fresno Bee, a job she parlayed into a position as a movie reviewer for an ABC affiliate while still in high school. For a sizable period of time, she opted to enter academia and teach college writing classes at CSU, Fresno, Portland State University, Ashford University, ITT Tech, and Clark College. Now, she spends part of every day writing. Though much of her work is anonymous web content, she contributes regularly to Uproxx, where she is turning into quite the food writer. She is the sort of single, middle-aged lady who isn’t above spooning with a cat.

Gregory Zschomler ditched “the man,” and became a full-time writer in 2012. Since than he’s written/published more than a dozen books, written many freelance pieces for half a dozen PNW newspapers and a magazine, as well as online content/media. (And he’s an award-winning playwright.) He loves Jesus; enjoys travel, cooking (and eating), good coffee, theater, cinema and all things Disney. He and his wife, Ruth, run a writing center where they train writers and help them get published. 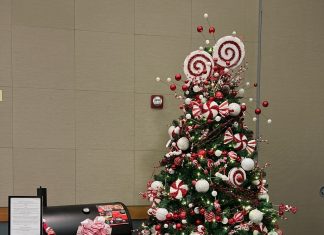